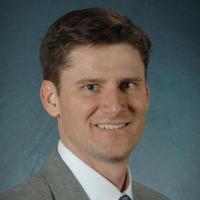 Martin Doyle is Professor of River Science and Policy, and the Director of Water Policy at the Nicholas Institute for Environmental Policy Solutions.  His work focuses on the science and management of rivers throughout the United States, and he is the author of The Source: How Rivers Made America and America Remade Its Rivers (2018).  He has received a Guggenheim Fellowship (2009) and a National Science Foundation Early Career Award (2005), and for bridging environmental science and policy, in 2009 was named the inaugural Frederick J Clarke Scholar by the US Army Corps of Engineers and has also been a 2009 PERC Julian Simon Fellow.

A Permit Runs Through It

By Brian Lutz and Martin Doyle -- Our research shows that for the Marcellus Shale significantly less wastewater is generated for every unit of natural gas recovered by hydraulic fracturing than by conventional gas production.