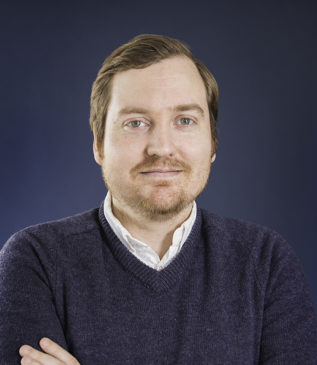 Jonathan Wood is vice president of law and policy at PERC. An attorney, Jonathan has litigated environmental and property-rights cases in the Supreme Court of the United States, federal and state appellate courts, and trial courts across the country. His writing has appeared in the Wall Street Journal, Washington Post, National Review, Reason, and other outlets. And his research has been published in journals such as Environmental Law Reporter, Yale Journal on Regulation Notice & Comment, Pace Environmental Law Review, and California Western Law Review.

Prior to coming to PERC, Jonathan was a senior attorney at Pacific Legal Foundation, where he litigated cases concerning the Endangered Species Act, Clean Water Act, and other federal environmental laws. He was co-counsel for forest landowners in Weyerhaeuser Co. v. U.S. Fish and Wildlife Service, in which the Supreme Court ruled unanimously that private land could not be arbitrarily regulated as critical habitat under the ESA. He also led a successful effort to reform regulation of threatened species to better align the incentives of private landowners with the interests of rare species.

Jonathan has testified before several congressional committees on wildlife conservation and endangered species topics. He has also appeared on national television and radio, including NPR’s All Things Considered, C-Span’s Washington Journal, Stossel, Fox News, and Hill.TV.

Jonathan has a law degree from the New York University School of Law, a masters degree in economic policy from the London School of Economics, and a bachelor’s degree in economics from the University of Texas. He is on the executive committee for the Federalist Society’s Environmental Law and Property Rights Practice Group and a steering committee member for the Environmental Law Institute’s Emerging Leaders Initiative. Public Comment on Development of the American Conservation Stewardship Atlas

Implementation of America the Beautiful must proceed with the sensitivities and legitimate interests of private landowners and other private sector leaders in mind.

Bipartisan Bill Would Remove Obstacles to Abandoned Mine Cleanups

It’s time to finally free Good Samaritans to start tackling the abandoned mine problem in Colorado and across the country.