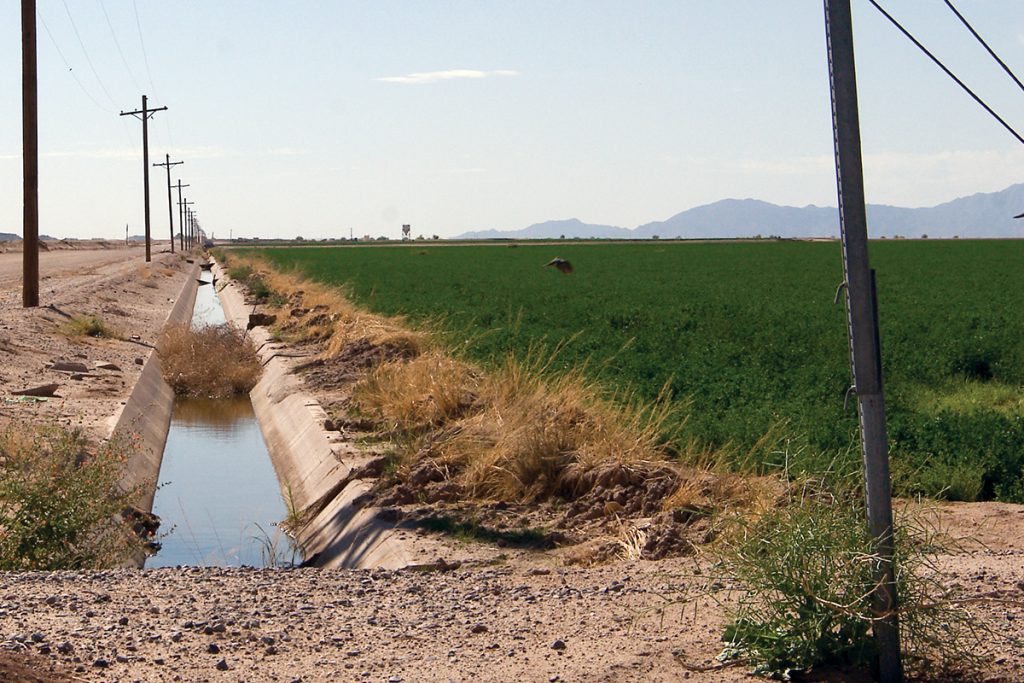 This policy brief is part of a volume entitled “The Future of Water Markets: Obstacles and Opportunities,” published by PERC, which addresses timely water policy issues and offers ideas to enhance the future of water markets.

Agriculture in the western United States is highly dependent on access to irrigation water, which is becoming increasingly scarce amid continued population growth and more frequent and longer droughts. Farmers in the West receive water delivered through various types of infrastructure networks, ranging from small-scale, single-user diversion ditches to enormous federal public works projects. While small-scale delivery canals may be maintained by individual users, larger infrastructure networks are typically managed by organizations known as irrigation districts.

The precise legal definition of an irrigation district varies across states, but they are generally considered to be quasi-public entities that have the ability to issue tax-exempt bonds, levy taxes and fees on the services they provide to member farmers and lands within the district, contract with the federal Bureau of Reclamation for water deliveries, and use eminent domain authority over service areas to ensure right-of-way for irrigation infrastructure. In addition, they can—and often do—hold the water rights supplying district members. Within an irrigation district, decision-making authority for water marketing often rests with an elected board made up of member farmers and, in some cases, other non-farm local water stakeholders.

The unique characteristics of irrigation districts allow them to overcome a number of barriers that limit the extent and success of other institutional forms that serve irrigation-dependent farmers, such as challenges in collecting payment, problems in monitoring withdrawals, and various other transaction costs. For example, the eminent domain authority of irrigation districts can alleviate right-of-way hold ups that emerge when establishing a water delivery network that crosses the properties of multiple landowners. In addition, the coordination costs associated with getting interested landowners to jointly fund construction of a water delivery network, and maintain the infrastructure in later years, can be substantial without some sort of overarching organizing body. Water will pass by the farms of upstream landowners first, which gives these irrigators little incentive to maintain the delivery network for downstream farms. Irrigation districts overcome this free-rider problem by mandating compulsory water fees paid by all water users to cover the costs of canal maintenance. Despite the innovation and creativity embodied in the original design of irrigation districts, the norms, rules, and laws governing their operations pose significant barriers to engaging districts and their members in voluntary water marketing efforts. The general problem boils down to the fact that irrigation districts were not created under the assumption that the water they receive would ever be transferred to other entities outside of the districts. The advantages provided to districts throughout the early 20th century have now created new barriers and transaction costs to addressing modern water scarcity problems, including internal disputes about who should be able to sell water and who might be impacted.

Although engaging irrigation districts in more water market activity is not straightforward, a number of policy and institutional rule changes have emerged over time that show incremental improvement along these lines. This policy brief discusses these incremental changes in the context of the barriers to enhanced irrigation district market participation and provides policy recommendations to foster further engagement.