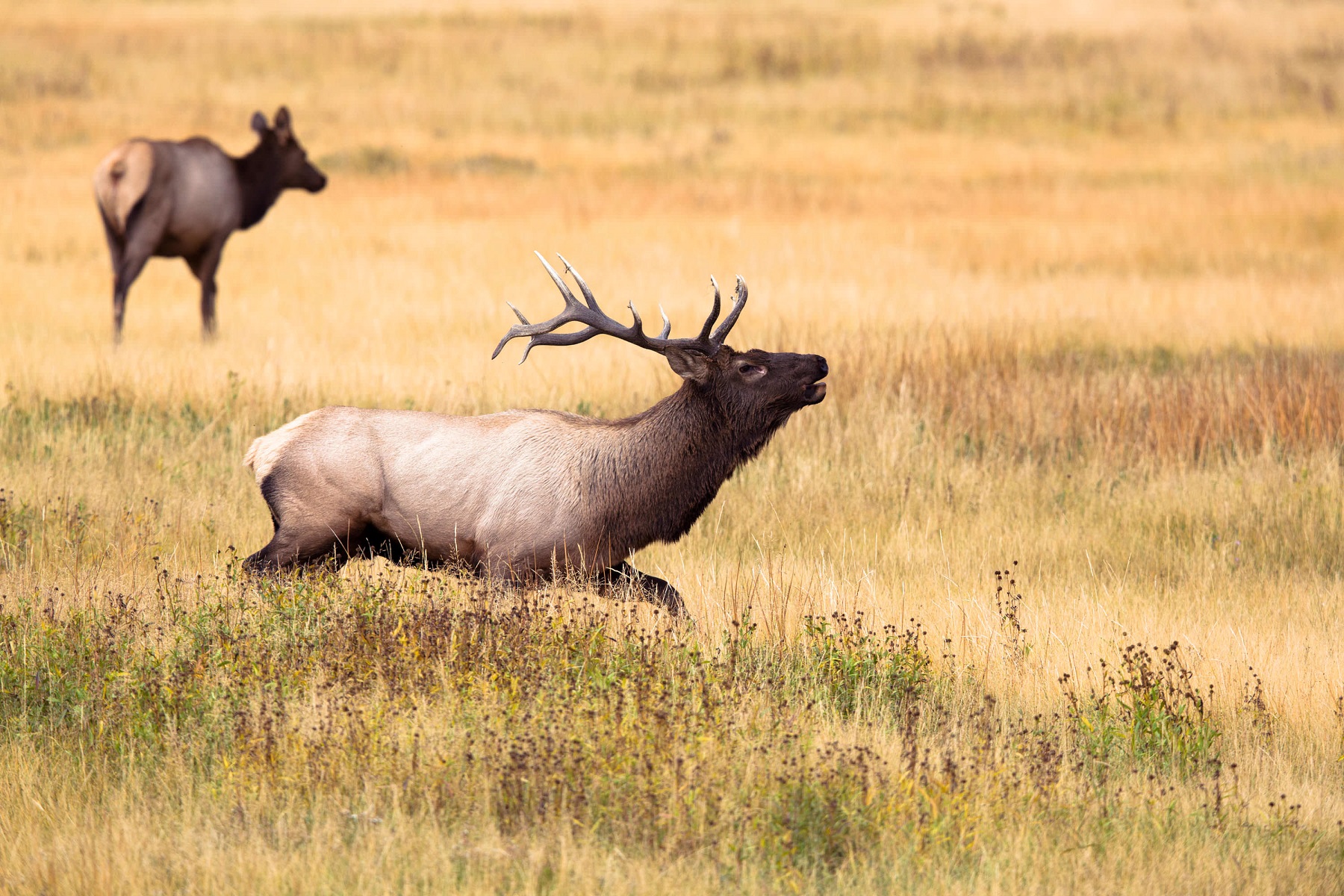 It is barely dawn as our group glasses several hundred elk passing through a private ranch in Paradise Valley. Below we can see the landowner’s field—an agricultural supermarket for the elk. As the herd reaches a barbed wire fence,the leaders become frantic. A few jump over, several slide under, and eventually the fence is pushed aside. The elk continue on into the hills.

Recently, Montana Fish, Wildlife and Parks and the U.S. Department of the Interior released the state’s action plan for managing big-game migration corridors, including this one in the Paradise Valley. The plan identifies four priority corridors and outlines how to improve habitat quality within them. It marks the first step in Interior Secretary Ryan Zinke’s order from February directing the U.S. Fish and Wildlife Service to work with state wildlife agencies in the West, partner groups, and private landowners to conserve elk, deer, and pronghorn pathways and stopover habitats.

Big game animals provide numerous public benefits. Many Montana families rely on publicly owned elk, deer, and pronghorn to fill their freezers. Visitors support local economies when they flock to hear bull elk bugle. Perhaps above all, these large ungulates are a critical component in our treasured ecosystems.

Migration is key to their health. Throughout the year, these species will “surf the green wave,” following the greenest grasses from lowland riparian areas to high elevations. In the Greater Yellowstone Ecosystem alone, roughly 20,000 elk are split among nine migratory herds.

But in moving between public and private lands, wildlife do not read “no trespassing” signs. In their winter range, elk spend as much as 80 percent of their time on private lands. And migrating wildlife can impose significant costs on ranchers, farmers, and residents.

Each year, large game animals consume nearly $32 million worth of forage on private lands in Montana. They also expose livestock to disease and attract predators.

Here in Montana, those interested in protecting corridors should explore voluntary conservation measures that can make elk an asset rather than a liability for landowners. Existing approaches such as outfitter leases or the Block Management Program provide starting points. But new programs are also needed to reward landowners and benefit wildlife. Luckily we can learn from existing models.

When wolves were reintroduced to Yellowstone National Park, ranchers suffered the costs of wolf predation on livestock. Defenders of Wildlife stepped in to create a private fund to reimburse ranchers for their losses, reducing the liability of wolves and encouraging tolerance of predators.

For elk, deer, and pronghorn a similar program could be enacted. Wildlife advocates could compensate landowners for fencing repairs, depleted forage, or other costs caused by wildlife migrations.

In an effort to help migratory birds, the Nature Conservancy pays rice farmers in California’s Central Valley to keep their fields flooded for shorebirds. The organization can “rent” the habitat for only as long as the birds need it, providing them avenues to migrate while allowing the farmers to quickly put the land back to agricultural uses.

With modern tracking technology, the same idea could be applied to big-game species. If mapping reveals an elk herd regularly moves through the corner of a ranch in late fall, conservation advocates could preemptively rent the land from a rancher.

As part of last week’s announcement, the National Fish and Wildlife Foundation collaborated with federal agencies and private partners to provide $2.7 million in grant money, but more resources are needed. Here at the Property and Environment Research Center (PERC) we look forward to researching additional ways to round out the toolbox for landowner engagement, such as other financial mechanisms, volunteer programs, or non-monetary incentives.

As Aldo Leopold emphasized, “Conservation will ultimately boil down to rewarding the private landowner who conserves the public interest.” If Montana can figure out how to do that, then it will be a win for big game wildlife and landowners alike.

This article originally appeared in the Billings Gazette.