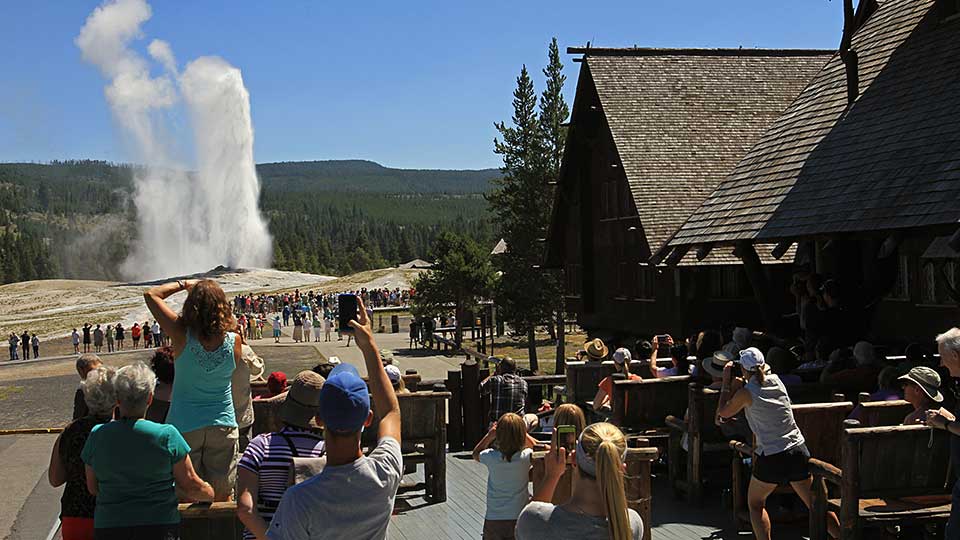 Originally appeared in The New York Times’ Room for Debate series on May 26, 2016.

The national parks are often celebrated as America’s best idea, but we are loving the idea to death. Traffic jams on crumbling roads and long lines to overflowing toilets now shape the experiences of park visitors.

Not long ago, these same visitors would encounter breathtaking vistas, wildlife encounters and solitude. So, what happened?

In a word: entitlement. We Americans want uncrowded, bucolic landscapes and we want them for free — or more precisely, we want them for the taxpayer-subsidized, price of a $30 seven-day car pass.

We visitors simply do not pay our fair share to visit national parks. As a consequence, our beloved parks are crowded and crumbling under the weight of too many subsidized visitors. Mandatory shuttles, visitor caps and six-month leads for campsite reservations have become the norm. Meanwhile, the National Park Service reports $12 billion in outstanding maintenance projects. The needs range from upgrades that will prevent raw sewage from spilling into park rivers to failing electrical systems that pose fire hazards in historic hotels.

The national park system is facing an enormous backlog of deferred maintenance. Allowing parks to charge higher entrance fees to cover the full cost of operations and maintenance makes sense not only from an ethical perspective, it would also alleviate crowding and generate much-needed funds for that maintenance.

Opposition to higher entrance fees falls into one of three categories, none of which are persuasive. First, the double taxation argument: Park visitors who pay income taxes feel they shouldn’t have to pay (again) at the gate. The percentage of income taxes that goes to parks, however, is infinitesimally small — about one-fifth of 1 percent. Traditionally, Congress would rather appropriate funds to acquire new parks than maintain existing ones.

The second argument is that higher fees would exclude the poor. But most park visitors are relatively wealthy and live near parks — travel costs, not entrance fees, keep low-income families from visiting. Vouchers could effectively increase low-income visitation, and without the crowding and deferred maintenance issues of the current, income-blind subsidy.

Third, some argue that charging higher entrance fees would commercialize the experience, turning Yellowstone into Disneyland. But charging users the full cost of their visit would actually improve park stewardship by increasing revenues at the most popular sites, where maintenance is needed most.

Subsidizing entrance fees into our national parks ensures the parks will stay crowded and poorly maintained. The idea behind the national parks was preservation, not degradation in the name of subsidized access. And preservation is not free.

Read the other debates that address this question: Should Overcrowded National Parks Have Restricted Access?