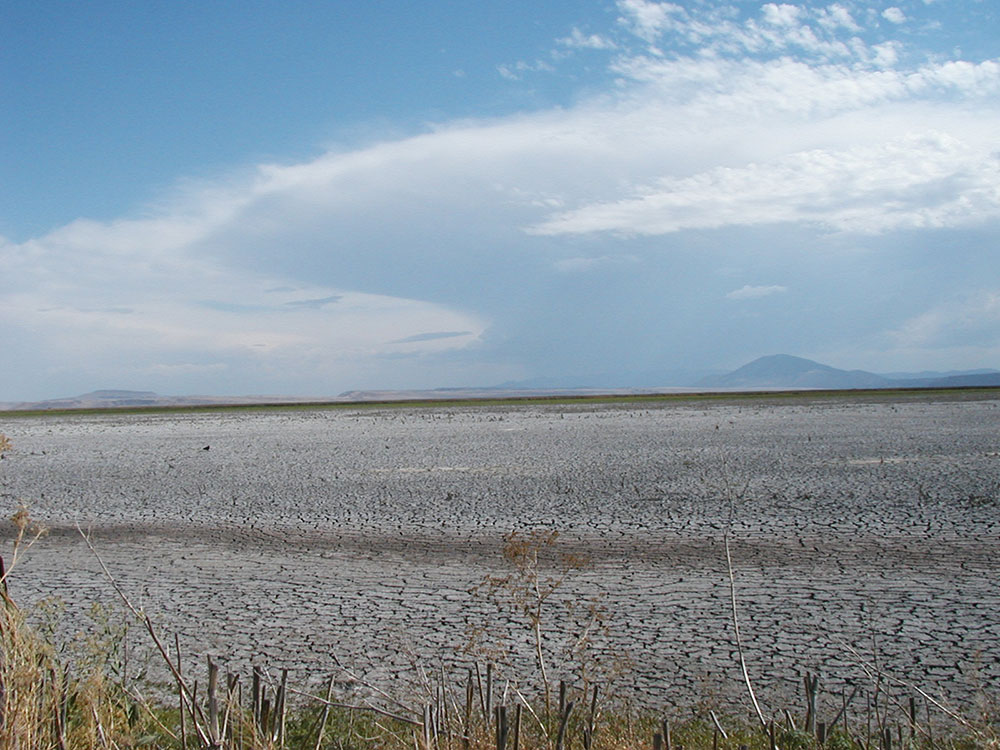 Originally appeared on the Conserve Fewell blog on December 17, 2015.

This week the White House announced a new water innovation initiative on the heels of last week’s historic global climate agreement. The stated goal of the initiative is to leverage more private investment to better respond, prepare for and adapt to the changes in water resource availability in response to a changing climate. The focus will be to promote greater investment in water innovation and technology and encourage water markets and exchanges, more water infrastructure, and mitigation banking mostly in the West, which is experiencing some of the worst drought conditions in over a century.

To the Obama Administration’s credit, this is not a federal takeover of local water—collective sigh of relief from the States. Rather, it is an initiative aimed at mobilizing more private investment in public goods and encourage more innovation to address the supply/demand imbalances. The stark reality is that Uncle Sam is broke and the once deep and plentiful well of federal funds has largely dried up, much like the West’s water.

U.S. Secretary of the Interior Sally Jewell joined John Holdren, Director of the White House’s Office of Science and Technology Policy, to announce that the Department would establish a Natural Resource Investment Center to support economic development goals while advancing the Department’s resource stewardship mission.

The Center will focus on three objectives:

Whether the Center achieves those objectives and how it goes about pursuing them remains to be seen. What we can tell from the creation, name, and objectives of the NRIC (acronym inevitable) is that the Administration sees “investment” as the main solution to water scarcity, wildlife habitat, and other natural resource issues. The Administration is also acknowledging the importance of streamlining permitting process and leveraging market-based solutions to encourage large infrastructure projects such as new reservoirs, that will provide greater resiliency and sustainability of water resources and balance environmental protection. For example, Jewell highlighted Barrick Gold’s creation of a conservation bank for the greater sage-grouse in exchange for expanding its mining footprint. The Central Valley Water Project too was mentioned as an example of where markets would be encouraged to promote more water efficient technologies and conservation practices in agriculture. The initiative will also promote Desal projects, increasing investment in R&D to reduce the energy costs of desalination.

But is investment enough to fix the big water problems in the West and elsewhere across the Country? Is water scarce in the West because the Bureau of Reclamation has not sufficiently invested in water infrastructure? Are species endangered because the Fish and Wildlife Service has not invested enough in conservation?

The Bureau of Reclamation is the largest wholesaler of water in the country, delivering water to more than 31 million people and providing one in five Western farmers (10 million acres!) with irrigation water. The value of the infrastructure under Reclamation’s management was recently estimated to be $94.5 billion. Likewise, the Fish and Wildlife Service spends nearly $2 billion (or $6.25 per person) each year on resource management and habitat conservation programs. Given that water scarcity and habitat loss persist despite these investments, Interior might more effectively promote economic development and resource stewardship by focusing on another “i” word: incentives. The incentives faced by water users, habitat owners, and other would-be resource stewards is a critical and often overlooked component of conservation.

Consider the history of water subsidies at Reclamation and the effect of those subsidies on the incentives of water users. Either by lengthening the pay-back period for project contractors, allocating disproportionate costs to non-agricultural users, or reducing the cost to irrigators on the basis of “ability to pay,” the Bureau has made the West’s increasingly scarce water incredibly cheap. By one estimate, irrigation districts repay only about 15 percent of infrastructure costs on a present-value basis.  As we know from Economics 101, when water is cheap, irrigators will have little incentive to conserve it. Subsidies have long wreaked havoc on the environment.

To the extent more infrastructure is needed—a questionable claim given advances in groundwater banking and water marketing—NRIC should advise Reclamation to drop the subsidies altogether. Eliminating infrastructure subsidies and charging water users the full cost of their water would get the incentives right and maximize the return on investment.

Despite these lingering challenges, the water pitcher should be construed as half-full. Interior should be applauded for its efforts to harness markets for water and habitat conservation. By relaxing geographic restrictions and expediting the administrative review process for water transfers, Interior will no doubt facilitate water exchanges and encourage conservation.

But these successes will be driven less by increased investment and more by Interior getting out of its own way and eliminating the rules and regulations that dis-incentivize conservation. An explicit focus on incentives, rather than investments, must be integral to the work of the newly created NRIC… and it won’t even require a name change!

Amid growing public interest in the future of elk populations in the West, the essential role of ranchers and other landowners must gain recognition.