Q&A with David Gerard on abandoned mines, the Mining Law of 1872, and the Animas River spill. 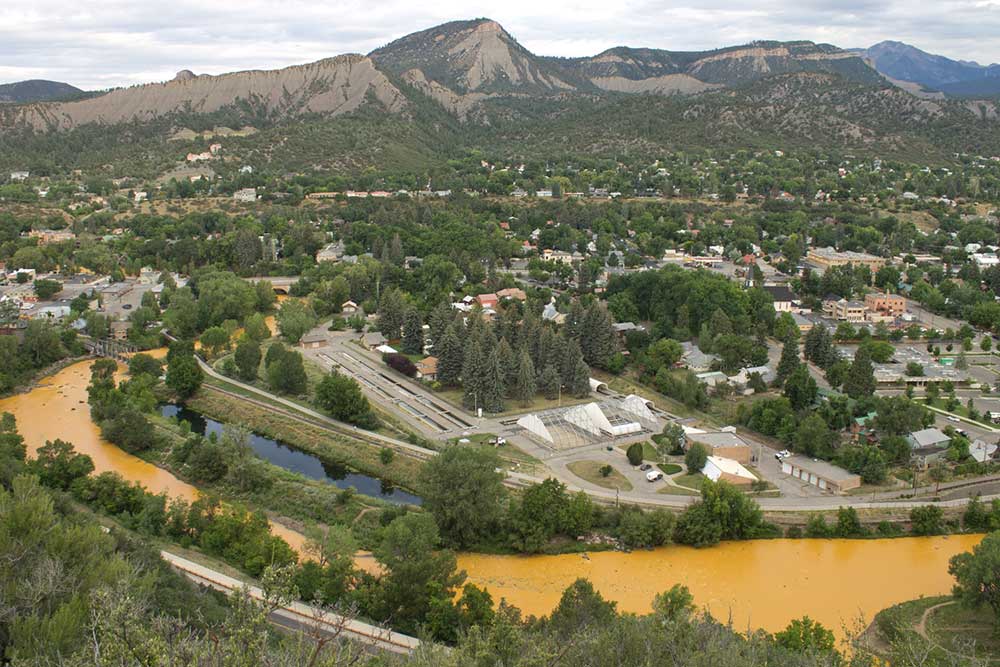 Last week, the Environmental Protection Agency’s efforts to clean up an abandoned mine near Silverton, Colorado, backfired.  While using heavy machinery to enter Gold King Mine, crews sprang a leak, sending three million gallons of mining wastewater  into the Animas River. The river turned mustard yellow as it carried the contaminants south through Colorado, Utah, and New Mexico.

This is not the first time mining waste has blown out into the Animas River. In 1975, 50,000 tons of heavy metal-loaded tailings were dumped into the river, causing it to look like aluminum paint. There is also potential for similar damage elsewhere, as an estimated 500,000 old mines in the United States need to be cleaned up.

To learn more, we turned to David Gerard, an associate professor of economics at Lawrence University and a former research fellow at PERC. He is also the author of “The Mining Law of 1872: Digging a Little Deeper,” a policy report published by PERC. We asked David about the recent spill in the Animas River and mining regulations in the United States.

Q: Why are there so many abandoned mines throughout the West? And what are some of the risks associated with them?

A:  The western United States experienced extraordinary mineral development in the late 19th and early 20th centuries, and for most of this period there were few expectations about environmental safeguards. As one official noted after the Animas River spill, Colorado didn’t have any serious environmental provisions governing mining until 1977.

Many of these sites now pose significant environmental and public safety hazards. For example, soil erosion, heavy metal contamination, and acid drainage from hardrock mines harm or threaten to harm thousands of streams and rivers. The Animas case is one that went from “threaten to harm” to “harm” last week.

In addition, many old mine sites pose physical safety hazards, and a number of people meet untimely deaths at abandoned mine sites each year.

It’s worth pointing out that mining is an environmentally intensive process, and there are many cases of environmental consequences after regulations have been established — the Summitville Mine in Colorado, for instance.

Q: Some have criticized the Mining Law of 1872. This week, Colorado Gov. John Hickenlooper called the law “woefully out of date.” Is the Mining Law still applicable? Or is it time to change it? A:  The Mining Law, as amended, specifies how individuals can establish the right to mine hardrock minerals on federal lands.

The Mining Law is often indicted because it has no explicit environmental provisions, but this is something of a canard. Mining is subject to federal and state regulations and statutes, but those were simply not in force in the first 125 years of western mineral development. If you take a look at the hazardous waste sites evaluated under the federal Superfund statute, you will see that there are really problematic historic mines — such as in the Missouri lead belt, for example — that were not mined under the 1872 law.

I covered this issue in a PERC Policy Series report nearly 20 years ago, and not much has changed. The upshot continues to be that the Mining Law will sometimes facilitate access to federal lands that would not be available with more administrative discretion, such as a leasing system. The environmental provisions are generally hammered out between the operators and the state regulators, regardless of how the operators obtained the mineral rights.

Q: Is our current regulatory approach helping or hindering the cleanup of abandoned mines?

A:  In some cases, the original mine operators are long gone. In the case of the Animas River, however, there is an owner (San Juan Corp.), but the EPA has been doing the cleanup.

Under existing federal laws, liability is strict, joint and several, and retroactive. Liability is strict, so behaving in a non-negligent manner is not a defense. It is also joint and several, meaning that any single potentially responsible party can be held liable for the entire cost of the remediation effort. And finally, liability is retroactive, meaning that clean-up standards devised in the 1980 Superfund legislation, for example, apply retroactively to generation, transport, and storage of wastes that occurred before 1980.

These provisions tend to deter cleanups partly because one set of rules is used to address two distinct tasks — the remediation of past pollution and deterrence against future pollution. Parties that initiate remediation efforts are treated no differently than parties that generated the pollution in the first place, so the volunteer parties can be on the hook for the extent of the entire cleanup.

The primary concern from abandoned mines is the discharges that can pollute rivers and lakes. Under current EPA policy, these discharges need to be permitted through the Clean Water Act. Parties that affect the discharge in any way have to be permitted, and in the process they assume responsibility and potentially unlimited liability for meeting the permit standard. The assignment of liability occurs even if the remediating party had no role in generating the pollution, and even if the party had nothing to do with generating the water-quality degradation. Given how complicated, costly, and (as we are seeing) risky cleanups can be, it’s not all that surprising that even fools don’t rush in where angels fear to tread. This even constrains the types of remedial actions that states are willing to take.

Q: What can be done to encourage cleanup of abandoned mines?

A: There seems to be almost universal agreement that relaxing Clean Water Act liability is necessary to promote abandoned mine cleanups. The remediating party would obtain a permit (from either a state agency or the EPA) that would limit some liability for pre-existing conditions, provided that the provisions of the permit are met.

In principle, there is broad support for measures that would relax or eliminate liability to promote these voluntary Good Samaritan remediation efforts. In practice, however, there is no agreement on what this would look like, and consequently there has been no statutory or regulatory enabling of Good Samaritan efforts. Some of the sticking points have to do with who would issue the permits and whether they could be issued for sites on federal lands. But the larger disagreement concerns who can be a remediating party. It seems to me that environmental groups support a narrow definition that limits Good Samaritan status to government agencies. Other groups, including the mining industry, advocate a broader interpretation that is more accommodating toward private parties as Good Samaritans, including re-mining and redevelopment.

Q: Is there a better way to address the environmental impacts associated with mining?

A:  There are at least two answers — one is to address the environmental impacts of current and prospective operations, and the other is to address the impacts of historic mining operations. In terms of my expertise on the matter, I would cite my work on reclamation bonding and the testimony before the Senate — both done while I was at PERC.

Performance bonds can shape incentives for doing more responsible mining, in addition to providing financial resources to mitigate if things do not go as planned. The use of bonding as a regulatory instrument is a nice way to channel market forces to improve environmental performance.

State and federal clean-up programs, volunteer cleanups, and re-mining and redevelopment projects are each promising avenues for remediating environmental problems at abandoned mine sites. Yet these alternatives are constrained by the existing liability structure of federal environmental laws, the general lack of funding for abandoned mine programs, and constraints on the use of these funds. I am convinced that there is agreement that the current liability structure is problematic, but there is no obvious way to fix it. The area seems ripe for some fresh thinking.

I suppose there is some irony in the Animas River situation, which is the result of the EPA going in and cleaning up the site. As a technical matter, I am really not in a position to guess what they could have done differently. I think it’s fair to say that these cleanups are often complicated, making it a really challenging policy issue.

That said, I wonder what this will do to potential Good Samaritan policies more generally. That is, what if it had been a Good Samaritan operation rather than the EPA that was responsible here?