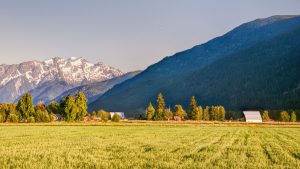 In a 100-acre Iowa farm field, hemmed in by electrical fencing, 2,000 pigs are contentedly doing whatever pigs do. The farmer who owns them, Paul Willis, refers to them as his “free-range” pigs. His good humor, however, does not extend to those who raise their pigs in containment buildings with the aid of steroids, hormones, and antibiotics. Willis, along with other small farmers, is fortunate to see a growing market for naturally raised pork, beef, lamb, and poultry.

And surprisingly, that market is being driven by a world-class corporate name that is not known for its health food –McDonald’s. More accurately, an offshoot of the burger giant, McDonald’s Chipotle Mexican Grill, has become the nation’s largest buyer of naturally raised pork.

The individual responsible for the menu change is Steve Ells, president of the 460-restaurant Chipolte chain and also a Paristrained chef. Three years ago, he visited some of the farms providing his restaurants’ pork. He compared the factory farms to the likes of Willis’s farm, and says he had a revelation. Not only has he changed where he buys his pork, but Chipolte now uses naturally raised chickens, and is adding naturally raised beef.

Other players in the market are natural food store chains Wild Oats and Whole Foods Markets. Health-conscious customers are demanding more access to organic and naturally raised foods. While none of the nation’s biggest supermarket chains has added natural meats, interest is steadily increasing.

Meanwhile, small farmers across the nation are reaping the benefits. Willis is not only happy to see his pigs routing in the fields, but his money is growing in the bank. Niman Ranch, a San Francisco-based, naturally-raised meat supplier, guarantees him a minimum price per pound, as well as a five cents per pound premium over the going price. Willis is just one of 450 farmers in the Midwest and Southeast who raise their pigs according to Niman’s specifications in order to sell to the supplier.

No one is yet suggesting that the market for natural and organic foods is exploding, but small farmers are optimistic because from their perspective the pendulum is beginning to swing back in their direction.