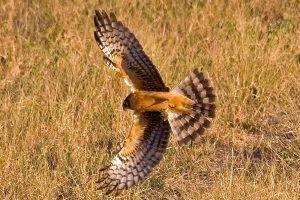 Over the years, DDT(1) has acquired an almost Satanic image. Yet the overuse of DDT, rather than the product itself, was what caused significant environmental harm. Rather than condemning the product-which remains critical to the elimination of malaria and so to human welfare-we should understand its history, and in particular, the U.S. government’s policy of promoting and subsidizing the use of DDT.

When DDT was released for civilian use after World War II, it was recognized as effective and generally benign to humans. It was so popular it was even thrown instead of rice at some weddings (Whorton 1974, 248). Production soared.

Producers of DDT and other new pesticides had the best of all possible worlds. Regulation was limited to concerns about efficacy, not safety. The Federal Insecticide, Fungicide, and Rodenticide Act, enacted in 1947, gave the U.S. Department of Agriculture (USDA) weak powers to require proof that a pesticide was effective and required manufacturers to register their products. However, it denied the department the ability to refuse to register a product (Morriss 1997, 139). Thus, producers had no significant limitation on their ability to manufacture and sell effective pesticides. State regulation was preempted in many areas, and the federal regulatory agency was sympathetic.

The USDA began to promote widespread spraying with DDT and other pesticides (see Bosso 1987, 81Ð106). USDA conducted research and promotion of pesticides through its extension service and experiment stations. Members of Congress were happy to spend taxpayers’ money to subsidize agricultural production through spraying, especially because it won the favor of chemical producers, too. A genuine sense of mission bolstered the powerful special interests at work- pesticides would boost food production, helping to end hunger.

The first spray programs were conducted where the perceived benefits of spraying were largest, such as controlling malaria. As the program expanded, spraying was conducted where the benefits were smaller or localized, such as controlling gypsy moths. When spraying harmed wildlife and domestic animals, the USDA did not have to compensate the owners, and so it failed to consider the full costs of the spraying. The USDA knew little about the effects of widespread dispersion of many of the chemicals it promoted and subsidized, partly because Congress directed funds for spraying but not research on environmental impacts. And because federal regulation was aimed at preempting state regulation, the federal government discouraged states and localities from controlling pesticide use.

Acreage restrictions imposed on major crop production also gave farmers incentives to increase chemical usage. These cropland set-asides began in the 1930s. By 1961 the USDA was paying farmers to retire 53 million acres from production, an area larger than Minnesota (Bovard 1989, 85). The number of acres farmers could plant was controlled, but farmers could use all the fertilizer, insecticides, and herbicides they wanted.

Crop price supports also encouraged farmers to squeeze more output from their land by using more chemicals. The USDA also promoted intensive chemical use and would do nothing to help organic farming or nonchemical farming methods (Bovard 1989, 217).

By the end of the 1950s, government spray programs began to provoke public opposition as their impact on animals and wildlife began to be noticed. In Alabama, for example, the legislature withdrew its funding for fire ant spraying in 1959, fearing that the spraying could eliminate up to 75 percent of the state’s wildlife. The USDA continued to spray, but the Alabama program gradually wound down.

The first major challenge to government spraying occurred in New York. Millions of acres in the eastern part of the state, including Long Island, were subject to aerial spraying in the mid-1950s to eradicate the gypsy moth. DDT was mixed in oil so it would stick to the trees, and sprays blanketed the area.(2)

Residents complained about the scum that coated cars, swimming pools, and houses. Of greater concern were reports of large fish kills and charges that DDT, consumed by cows, would contaminate milk. Organic farmers were angry because, by definition, they no longer had organic crops.

In 1957, Robert Cushman Murphy, curatoremeritus of the Museum of Natural History, led a group of Long Island residents in filing suit against the USDA to enjoin the spraying program. Murphy and other plaintiffs charged that the spraying program deprived them “of property and possibly lives without due process of law and [took] their private property for public use without just compensation.”(3)

Murphy argued that DDT is a poison that could damage humans, animals, birds, and insects and that it made the food from gardens unsafe to eat. It made land unsuitable for organic cultivation. He argued that there was no public emergency that could justify the spraying program, especially since no trees in Long Island were infected with the gypsy moth and, even if they were, it would be best to let nature take its course.

The judge reviewed the program. While he found that the spray irritated some people and damaged some wildlife, he decided that its benefits justified the harm. In 1955 the National Plant Board, representing all 48 states, had passed a resolution urging the USDA to eradicate the gypsy moth. USDA experts also testified that there was no evidence of illness caused by DDT. Since the public benefit was great and plaintiffs had failed to show a threat of irreparable damage to them greater than that caused by the gypsy moth, the judge refused to stop the spraying.

Murphy didn’t give up. He was back in federal district court again the next year, armed with more evidence of dangers from DDT exposure. Dropping the claim of a violation of the Constitution for an uncompensated taking, the plaintiffs argued that the aircraft and the spray it deposited were common law trespass on their land. They argued that they had the right to not have their property sprayed because it destroyed their ability to farm organically and it harmed wildlife.

Again, the court dismissed their claims, holding this time that they really only complained of “annoyance” rather than damage. That bother was offset by a valid exercise of the government’s police power. “The rights of individuals are not limitless. Individuals must yield to the requirements of the public as a whole.”(4) Murphy appealed, but the Second Circuit Court of Appeals made short shrift of his argument.(5)

How could this have happened? Cases from the 1950s indicate that people who sprayed pesticides were liable for damage caused by pesticide drift. A farmer (and a sprayer hired by the farmer) could be held liable for spray that was accidentally dumped on a neighbor’s property or that drifted onto a neighbor’s property if it damaged crops, livestock, or persons.(60 No bad intention was needed, and usually it did not exist, because neither the farmer or the spray pilot had reason to waste money by dumping spray on the property of another or dropping the spray when it was windy.(7)

Quite a number of cases concerned spraying that drifted and killed bees; liability was regularly imposed.(8) Other cases concerned spray that infected dairy milk with unacceptable levels of pesticide.(9) If one was careless and sprayed too much because directions from the manufacturer were not followed, the action rose to the level of negligence per se.(10) Completely contrary to what happened to the organic growers on Long Island, farmers won cases when pesticide sprays from neighboring farmers made them ineligible for “organic” certification, even though the level of pesticides on the crops was within federal standards for human consumption.(11)

The difference in Murphy’s case was that governments are not held to the same standard of care that private property owners are. Governments are not required to make sure that their actions do not inflict harm on their neighbors’ property. There is no doubt that the plaintiffs could have won injunctive relief against a private party who chartered a plane and sprayed even a harmless substance on the plaintiffs’ land. But compared to the “public interest,” as articulated by the federal government, the plaintiffs could not hope to prevail without more dramatic harm.

Federal regulations generally override property rights and common law protections. As a result, the battle over pesticides was played out in the public and political arena, beginning in 1962 with the publication of Rachel Carson’s dramatic plea, Silent Spring. DDT was eventually banned in the U.S. and most other countries, becoming an international symbol of environmental degradation. These bans, which deprive malaria fighters of a vital tool, were the direct result of the government’s failure to respect property rights.