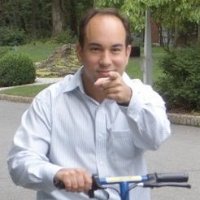 Bill Varettoni is the Community Founder, President, and Financial Planner at Community Ladders. At the tender age of 11, Bill was bitten by the entrepreneurship bug. Shopping around a liability release he obtained from his parents, he began a lawn and landscaping business that lasted through his first year of college. He employed both of his older siblings, eventually learning the tough business lesson of never hiring anyone who periodically gives you wedgies.

After an eclectic triple major in Accounting, Computers, and Environmental Science, Bill joined the Peace Corps in Ukraine. There he served as an advisor to dozens of small and medium-sized businesses and NGOs. Following the Peace Corps Bill pursued an M.S. in Sustainable Development and is currently working on his PhD in Public Policy. He spent years working with, and for, the federal government. He evaluated business development projects in an active conflict zone in West Africa and performed financial audits of health NGOs in Tanzania. He lived three and a half years in Ukraine with the Peace Corps, State Department, and as a Fulbright Scholar. He has also worked with a number of environmental and business development NGOs in the U.S. and abroad. In late 2009, Bill left the State Department in order to more fully devote himself to creating Community Ladders.

The idea for Community Ladders was conceived in 2007 while Bill was providing financial counseling and tax services in southern Texas on the Mexican border. From the working poor through middle-income professionals, Bill saw many people struggle to make sound financial decisions. That, coupled with the sight of payday loan shops every 2 blocks, provided the impetus for Community Ladders.

Bill is a member of the Financial Planning Association®. He has passed the FINRA/NASAA Series 65 licensing exam for financial advisers. Outside of Community Ladders, Bill is a Mortgage Loan Originator with Eagle Creek Mortgage, an independent brokerage. Success Overdue at The Quincy Library